A number of well-known people boast that they hardly ever sleep – allowing them more time to achieve things. These people include Twitter founder Jack Dorsey and President Donald Trump, who says he only sleeps for three to four hours a night (which explains those late-night Twitter rants!). In fact, Donald once questioned, “How does somebody that’s sleeping 12 and 14 hours a day compete with someone that’s sleeping three or four?”

Of course, most of us need around 8 hours of sleep per night in order to function properly. During this time our minds get to work filtering through the day’s events and even releasing fluids that quite literally flush our brains clean! Far from being a waste of time, making sure you get enough sleep is important for your general well-being, but could we make this time even more productive?

The answer is, yes!

Using your natural subconscious processes to your benefit can improve your confidence and even your performance the next day. It is all about training your brain to filter out the bad and concentrate on the positives each night. By looking at your achievements, you letting your subconscious mind get to work on building a positive picture rather than pulling yourself down with negative thoughts. So, before you go to sleep, try these five steps to set yourself up for a really good night’s sleep! Read more… 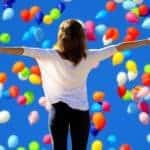 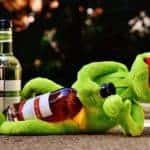