There is no doubt that we are all spending more time each day looking at our screens than ever before. Whether it is your computer screen at work or home or your phone or tablet, the American Optometric Society reports that on average, an American worker spends at least 7 hours looking at a screen each day. However, this could be as much as 11 hours a day when mobile devices such as cell phones are considered too! But what are the effects of looking at a screen for this amount of time each day?

While there aren’t many studies into this at the moment, it seems that there is a real cause for concern over the effect of spending so much time looking at screens. Here are four problems that are caused by our screen-reliant lifestyles:

1. Eye Problems Looking at a screen requires us to use our near vision and prolonged use of this can cause what is known as Computer Vision Syndrome (CVS). The symptoms of this include eye strain and aches, dryness, irritation, redness, double or blurred vision and burning. CVS can also create neck and shoulder pain.

2. Addiction & Rewiring Your Brain Mobile phone addiction is becoming a real problem for people of all ages, with most people checking their phones some 150 times a day! However, such an addictive use of phones has been linked to anxiety, stress, and depression, while causing what neuroscientists have dubbed “digital dementia.” This means that your short-term memory, attention, and concentration are all harmed in ways that may not be reversible. When it comes to those addicted to online games, studies have shown that they show significant atrophy in some areas of the brain. These affected areas tend to be those responsible for planning, prioritizing, organizing, impulse control, and reward pathways. This addiction can also change your brain to damage your development of empathy and compassion.

3. Poor Sleep (& Associated Health Risks!) Those who look at screens, including reading e-Books, before they go to sleep have been found to have taken longer to drop off than people who read regular printed books. Screens use before bed has been shown to negatively affect your sleep – which can, in turn, lead to all sorts of health issues.

4. More Stress, Anxiety, & Depression Although research is still in the early stages, many patients have reported greater levels of anxiety, stress, or depression linked to spending too much time looking through social media feeds. The problem has become so bad for some that they have had to go on a social media detox, where they stay away from apps like Facebook, Twitter, and Instagram for several days or weeks. Read more… 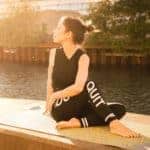 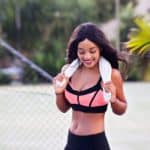